It’s been a busy time in Ireland storm wise, as we have had storm  Abigail, Barney, Clodagh and then the latest one just gone, storm Desmond! I never knew that the storms are named by the public. Check out this link to find out what other storm names are planned for the rest of this winter. Let’s hope we don’t get to the end of the list.

The storm was fierce, with very strong gale force and the rain was unrelentness. As the storm developed, footage was being shared via Social Media.

The first video I can across was this one, of two guys going for a swim in Salthill. Absolutely scary, so please never ever repeat this, it’s just too dangerous!!!

The weather only got worse, and that’s when Theresa Manion was reporting, also from Salthill.

Below is the “original” version!

I think the  “rap” version is quite funny!

Closer to home in East Galway, I have blogged a few times about Thoor Ballylee, unfortunately got  flooded again. I say again, as it got flooded in 2009.

Another video highlights the floodings both in Gort, Thoor Ballylee and Craughwell.

Flooding in Craughwell and Gort

Let’s hope the water recedes soon, and the next storm will be kinder to us.. 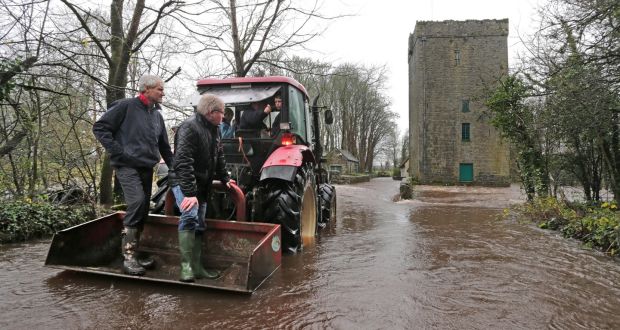