Knock, Knock, who is there…. Ireland West Knock Airport

It’s 11.45 AM and I am sitting in the airport lounge at Ireland West Knock Airport. My flight is leaving in less than 30 minutes! (I reckon the flight is delayed.. oh dear..)
It’s the first time I am flying from this airport, which is located in Co. Mayo.
Here is a map from that shows you the way from Galway, it’s a pretty straightforward drive, just keep going straight:). From Galway, allow one hour and a half. (If you are travelling on a Friday or during peak traffic, I would allow more time, as traffic approaching Galway can be very slow….you are warned!!

The name is a little misleading, but I think for PR reasons one wants to promote this airport as being in the West of Ireland.  There is another airport called Shannon Airport ( in Co. Clare) and this airport is more “westerly” than Knock Airport.

I was just checking, and as it happens,Galway is right in the middle :

In my case, it’s about convenience!!!! They recently launched flights to Eindhoven, which , when I wish to travel to Belgium, is a good connection.
The only other alternative I have is driving to Dublin and then get a flight to Brussels Zaventem( also a new route from Ryanair) , Charleroi or Eindhoven.
It’s a pretty compact airport, and very popular, as it took me ages to find a parking space!
I had checked in prior, but didn’t have time to print out my ticket, which I knew was bad news:(
Luckily the airport does have a small computer section where you can go online (for a fee) and connected to the terminals is a printer , hooray!! ( I was also told that the PDF on my IPhone would probably work too)
I suppose the part that took me ( slightly) by surprise was the 10 Euro development fee that every passenger has to pay.. There was someone ahead of me, who was struggling to scrape 10 Euros together, as they had not budgetted for it.
As the flight was delayed, I got talking to some Dutch visitors, who enjoyed their holidays in the West of Ireland. They rented a Qasqay for 5 days, paid about 50 Euros a day( of which 20 Euros insurance a day which they gladly paid, as driving on the left was a bit scary, and accidents can happen when you are not used to driving  on the left)
So if you are heading West, check out Ireland West Knock Airport:) 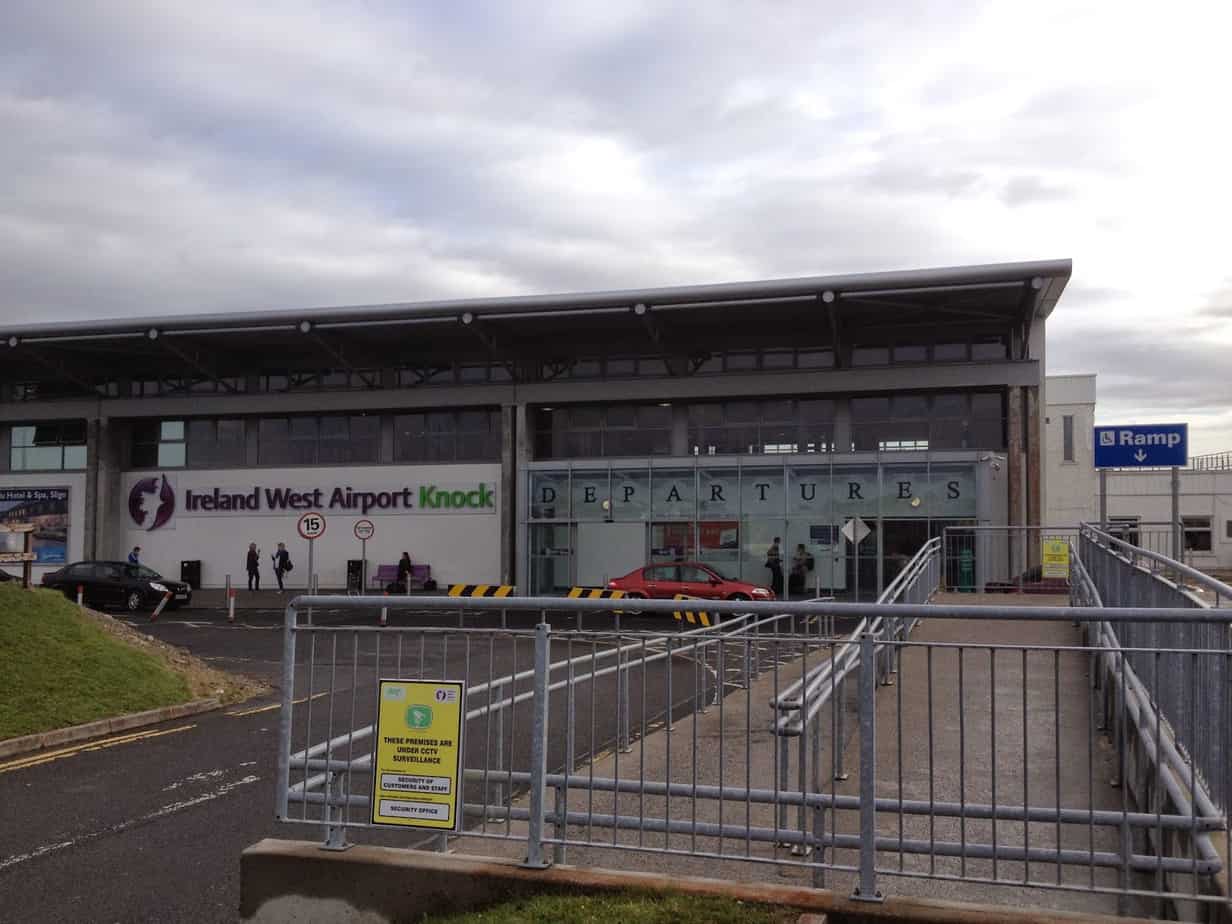 The Song of Wandering Aengus, read at O...

Fundraiser for #Bumbleance, I am going ...

The last of the Indian Summer

Have you got young kinds? Creevagh nati...