Katleen
Hi all,
I wasn’t so sure what to write about this week, so thought I’d share my phone troubles! So I wanted to make a call from my land line earlier this week, and realized the phone was dead. I figured the batteries were flat and needed to replace the batteries. Plenty of batteries in the house, but to find 4 triple A , that’s another story. I rummaged through kitchen drawers, kids toys, one of desk sets that has lot’s of clutter in it,  to finally find 4 triple A charged batteries.. Hurray!! The phone  lit up, so I thought I was all set.. Though the phone was lit, there was no dial tone. I then thought that the phone was broke. I bought the phone just  over a year ago, and rang the shop I bought it from to find out if it ‘s still in warranty. It wasn’t by 5 days, so she was going to check. I then picked up our regular phone to discover also that that phone was not working( and there were no batteries issues on that phone).. OK.. so then I had to ring my provider Digicom. They bill me, however our friends at Eircom look after the network, so I logged a technical issue with Digicom and they told me it will take 48 hours before an engineer would appear.. In the meantime my husband arrives home and I tell him the above story. He’d seen a bunch of cables at the end of the road, and reckoned this was linked. Didn’t hear anything yesterday, and today when I went for the school run there was a hive of activity at the end of the road. Was talking to one of the workmen, and they confirmed they had to replace a number of poles. When it would be fixed, well .. that’s not so sure yet. It seems that some telephone poles cracked during the winds we had over the weekend, and this resulted in snapped lines.. The lady from the shop did return my call, and advised they would offer a new phone, very nice gesture, but explained it wasn’t the phone that was broke, and that it was the actual phone line.

Let’s hope they can finish the replacing of the cracked poles, and our phone is up and running again..

Have a great day!
Katleen 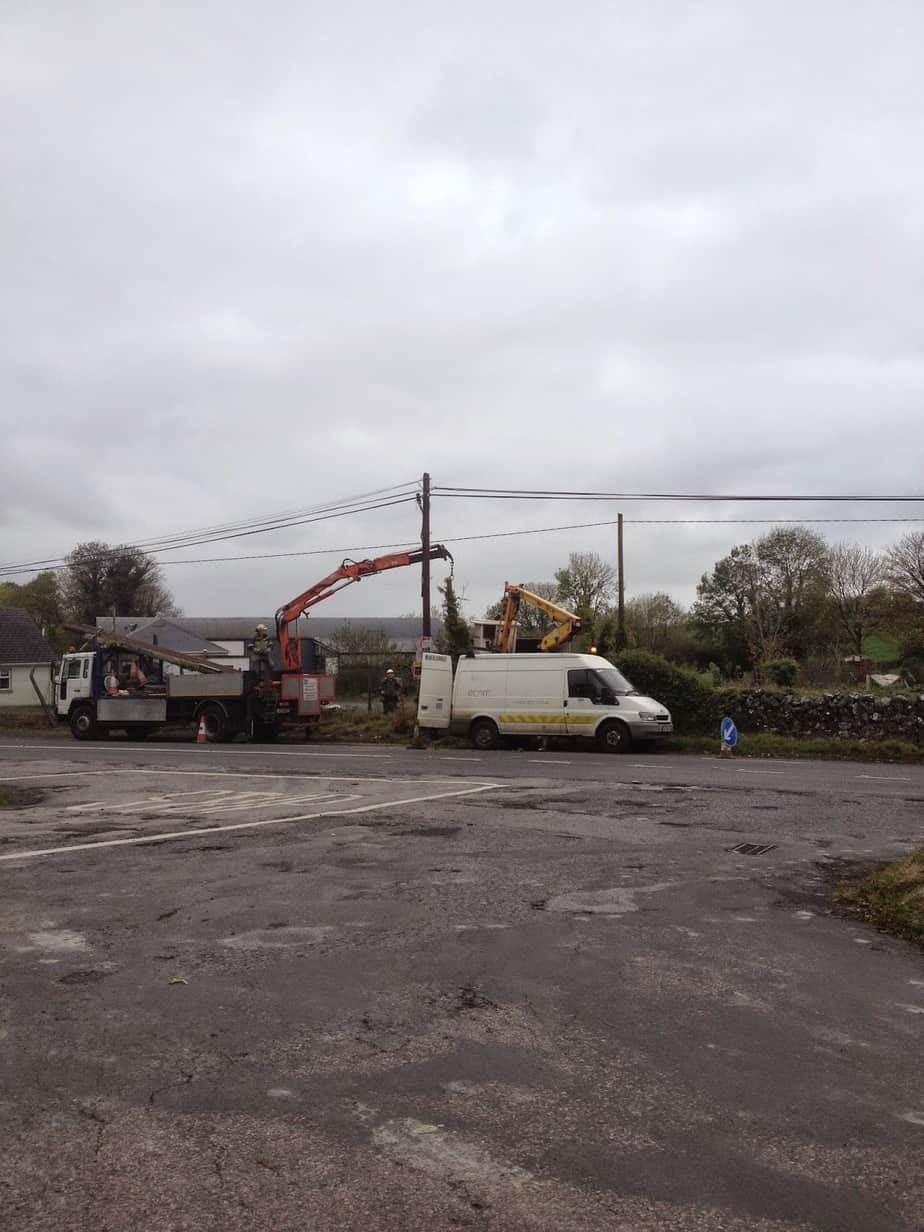 www.jobs.ie and its affiliate on line j...

Bioware in Co. Galway are recruiting&#8...