At the end of April I saw an ad on Facebook to raise funds for Cycle Against Suicide. As I have been cycling pretty much every day, I thought I’d give it a go. The aim was to raise 500 Euros and cycle 670 km by the end of May. Funds will then be used to train somebody in my community to become a buddy to help someone vulnerable. 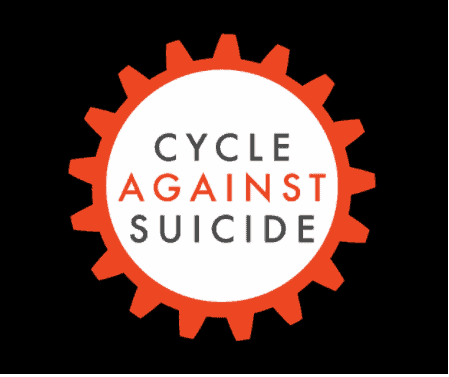 Questions is now what works best, fundraising via Facebook or Idonate?

When I signed up for the fundraiser for Cycle Against Suicide , an Idonate account was set up for me straight away. I shared my fundraiser on Social media (Facebook, Twitter and Linkedin), and got a few donations.

I was then able to provide updates on my specific fundraiser. The update field allows for text and image.

I downloaded the very handy App on my mobile and add images to the gallery that turn into a slideshow. 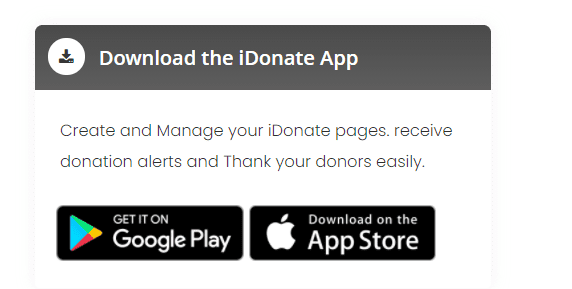 If you use any of the mainstream fitness trackers, you can connect them so your supporters can see exactly how many kilometres you have cycled! I use FitBit and that connects to Strava - so I didn't have to keep track of how many kilometres I cycled. I am not entirely sure that it is always accurate, as on a few occasions I had cycled, and it took a while for the numbers to update. 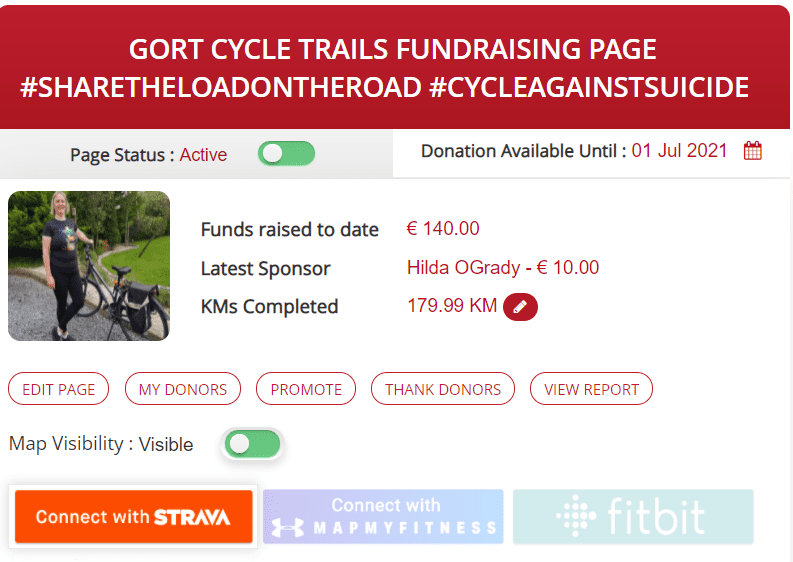 Fundraising as an individual

I then noticed equally I could fundraise directly via Facebook and Instagram. Facebook takes no fee,  I thought I’d do the two, and see what works best. Once I set up the fundraiser on Facebook, it was very easy to invite friends, share updates and also see the progress % and funds raised. As you can see I raised 600 Euros, where 26 people donated! Thank you! 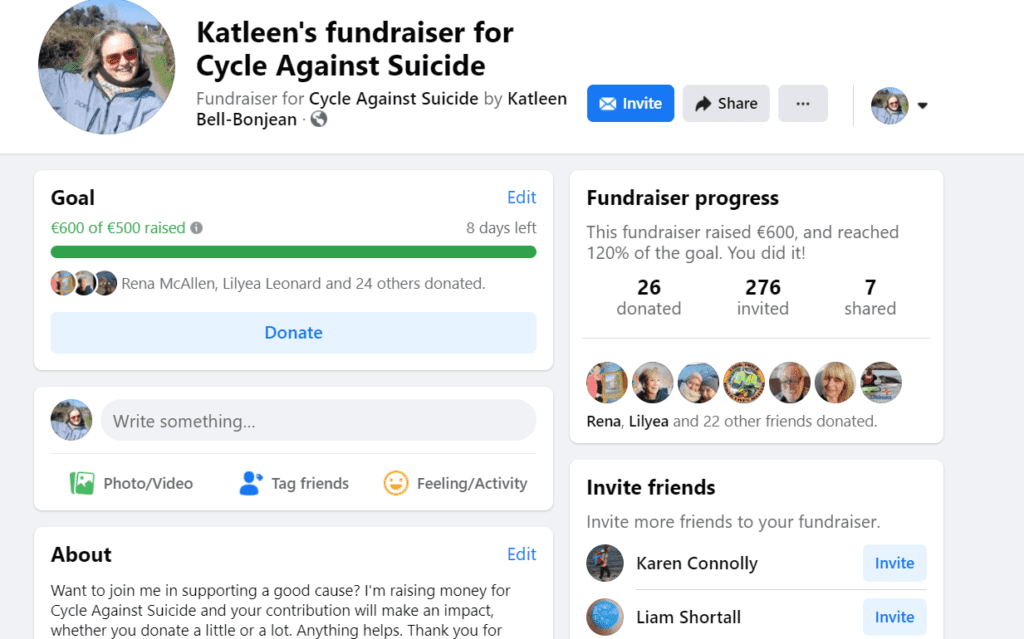 One of the days I posted an image on Instagram on my mobile and this image goes to my Facebook page. There is an option then to attach a fundraiser to the image on the page, so I selected Cycle Against Suicide - ending up with a SECOND Facebook fundraiser, this time on a page.

I didn't find that scenario as easy as fundraising as an individual, as it seems to create a separate fundraiser per post, so wouldn't recommend that! 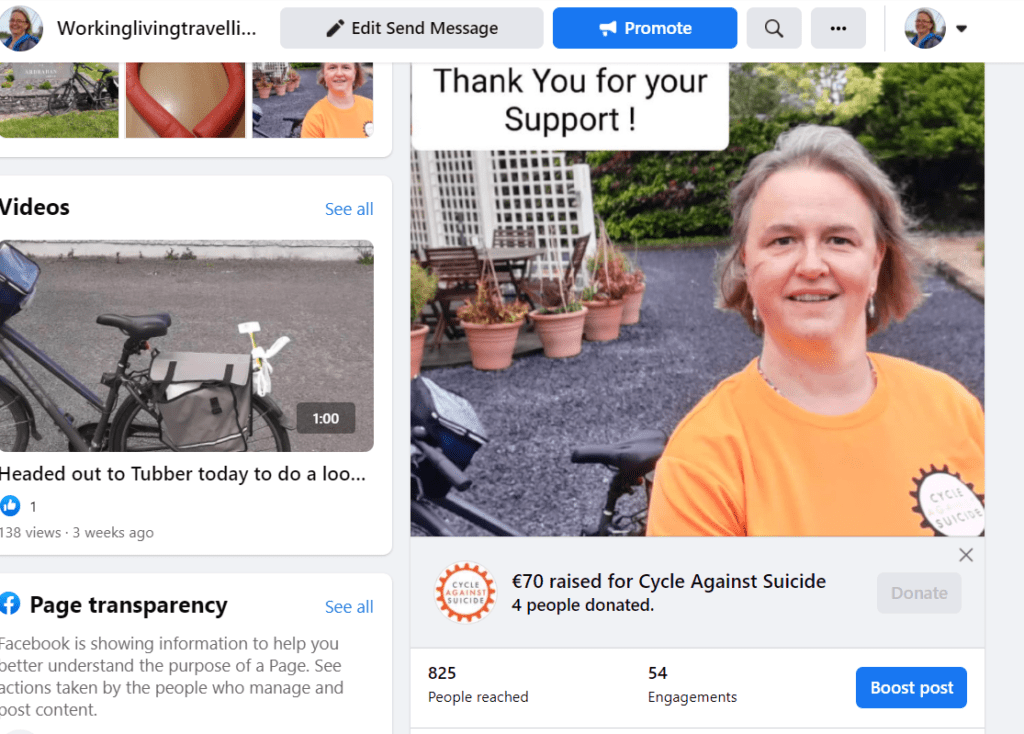 Instagram offers the option to fundraise. Attaching the fundraiser on Instagram was easy, and it says on your profile for 30 days .

Fundraising via Idonate or Facebook, what works best? On this occasion, Facebook fundraising wins, hands-down! Facebook does recommend you invite 270 friends and provide updates.  I am quite active on Facebook and have a lot of Facebook friends so that may explain why the Facebook Fundraiser took off faster than the IDonate!

The moment I provided updates with pictures of my cycle adventures and thanked donors for their donation, donations started to come in from friends around the world and also local people that “ know” me from Facebook.

How much have I raised so far?

As of Today 24th  of May In,  I have raised 890 Euros in total for Cycle Against Suicide. Thank you very much for your support!!

I have set myself a target to raise another 310 Euros by the end of May so 3 people can get trained to become a buddy!

How far have I cycled?

I have cycled just over 180km - I know already I will not meet the target of cycling 670 km!

Thank you for your support on your preferred channel:) & sharing this post!